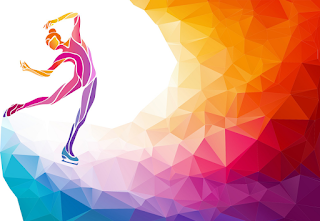 On one of his routine days, Saharsh rang the doorbell to his abode and saw Sachi opening the door with a beaming smile, he asked, “What’s wrong with you?”

“Nothing at all, I just want you to sit here and do as instructed," Sachi replied. The entire evening still felt like a dream to Saharsh, it was the evening when Sachi has announced her pregnancy.

With the arrival of little Yara, their family was indeed complete. Days turned into weeks quickly for the family, thereon. Yara started growing up and was picking up habits, behavior, accents, and tactics from all of them. She indeed resembled a little butterfly; swift, beautiful, playful, and agile.

Needless to say, she was a pampered kid but she never let that get in her way. At times, Sachi wondered from where Yara got her poised attitude. Yara would plainly refuse the chocolates which she and Saharsh craved for. As a toddler, Yara wouldn’t scream and yell like other kids. Instead, she would silently stare at her mother as tears rolled down her cheeks. As Yara got closer to her teens, she was neither interested in the video games, which Saharsh got for her birthday, nor in the artistic hobby kits which Sachi did. Yara would always ask for a football, tennis rackets, rollerblades, volleyball, and other things related to sports.

Yara was enrolled in dance class, chess lessons, and football practice, but finally decided to stick to her skates. The family would set aSaharshe time every morning to jog together in the garden of their building complex. Yara would skate aside her parents. They could not relate to other parents when they complained about their kids preferring to sleep as Yara was usually the first one awake in the morning and would persuade them to get out of the bed.

In her early teens, Yara not only excelled in academics but also progressed from her roller-skates to rollerblades. It was during one of her vacations in London when Yara got a chance to try ice-skating. Years of skates made it easier for her to catch up and glide across the ice. Yara felt she belonged to this place and refused to leave. Post this holiday, Saharsh and Sachi found Mr. Rahul, an experienced coach to train and nurture Yara’s ice-skating hobby. Every day after school, Yara would rush to her class to learn new moves, perform stunts, and tricks. She refused to be content with just these lessons and coaxed her coach to train her more vigorously for the next National Ice Skating Championship.

“Maa, Baba... There is something that I need to tell you both.” Yara said in a barely audible voice. “If you want to do that, you need to ensure that we can at least hear you, sweetheart. So, speak up!” Saharsh smiled at his daughter. “Iwannatakepartinthechampionship!” she muttered out quickly. Sachi giggled, “Whoa! Slow down there buddy... repeat, but slowly this time.”

“Maa, I want to take part in the National Ice Skating Championship, which is 4 months away. I know I am completely prepared for it! Coach also agrees this is good exposure for me.” Yara had butterflies in her stomach with every word she uttered. There was silence at the breakfast table. “Baba... Please!” Yara requested her father. She looked at her mother with puppy dog eyes, “Maa…”

However, before Sachi could reply, Saharsh gave a firm denial and left the table as Yara’s voice trailed behind him “But, Baba... It’s a national level competition! It will the best day of my life! I don’t care if I win or lose; I just want to take part in this championship!”

Yara turned to Sachi, “Maa... Please, Maa! I promise that I will study extra hard and not let you down.”

Yara was in her 10th year at school because of which her parents insisted that she appear her boards before anything else. They didn’t want to overburden Yara with her practical, viva, study sessions, homework, and moreover training sessions for the championship. Hence, the firm decision to deny participation.

“Aru, your father is correct. This year is very crucial for you. You have to pay attention to your studies. Education is important and you will not have enough time to accommodate everything you want, bacha. Understand our reasons and don’t act like a child.” Sachi tried to reason patiently with Yara.

“Dadi would have supported me had she been here.” Yara said disappointedly and left. “Saharsh tomorrow is the last day to enroll for National Championship. I feel we should give Yara this chance. What is the worst that could happen?” Sachi tried her best to convince her husband.

“She could fail her exams, Sachi!” Saharsh was concerned about his daughter.

“Yes, she could… but it’s not definite that she would indeed fail.  Yara is a bright kid; she will catch up with her studies, even if she misses a few classes. I’ll help her plan everything. I’ll apply for leaves and stay back home to ensure she is well equipped for her board exams as well as the championship.”

“Sachi, do you really think it will be worth it, to jeopardize her studies for her skates? I have always supported her hobbies but I will have to put my foot down if it’s going to cost her a year of education. She can enter the championship next year if she wishes to, but not during such an important year of her life.”

“But, Saharsh… What is one year compared to our daughter’s happiness? Think about it.” Saying so, Sachi left behind the forms she had got from Yara’s coach. Saharsh was restless and could not sleep all night and left early the next day.

When Saharsh returned home, it was around noon but Yara was still cuddled with her books in her room.  He knocked on the door and entered to persuade her to at least come out for lunch. Yara, however, didn’t budge. “Of course... She has to be stubborn, just like her mother,” thought Saharsh, “It’s a good thing that I know how to handle both of them.” he smiled. “Aru, here is an early birthday gift for you. Mind you... You won’t be getting anything for your birthday for the next hundred years!” saying so he kept a bright, red-colored sash with “National Ice Skating Championship – Participant” written across it.

“Baba!” Yara jumped up with excitement and hugged her father. “Thank you, thank you... Thank you!”

As promised, Sachi applied for leaves as per Yara’s schedule and fetched her from school to tuitions, from tuitions to training sessions, and back home. She did her best to make sure that Yara didn’t miss out on anything.

Post three months of vigorous routine, all three of them flew to Delhi to watch the most graceful skaters practiced on the rink. Yara couldn’t sleep that night and while tossing around in her bed, she found a note poking out from under her pillow, it read “Aru... Remember, you are here because you wanted to participate. Of course, you want to win; but irrespectively, enjoy this environment because this is a once-in-a-lifetime opportunity. You are here because you are good and being good is enough for now. We both will always be there with you whatever the result. Besides, even if you don’t emerge amongst the winners, we know you’re still going to rock the rink, bacha! With love, luck, and loads of hugs, Baba and Maa!”

Their confidence in her helped her at least attempt to sleep well that night.

The next day, Saharsh and Sachi wished their daughter luck as she went ahead to get ready. The opening ceremony was grand as any other sports championship. Previous year winners performed with the utmost grace to mark the start of the tournament.

“I hope Aru performs well. I would hate to see her disappointed. Hope she at least bags a bronze medal or maybe even a consolation prize. Oh, god! I am nervous!” Saharsh tightened his grip on Sachi’s hand.

“Chill, Saharsh! I doubt that even Yara is as nervous as you are. Let me concentrate on all the performances!” Sachi reassured her husband.

When it was Yara’s turn to perform, she entered the huge and glistening rink and posed at the center and waited for her cue. Everyone at the stadium was in awe. She was not wearing the traditional, body-hugging, figure skating outfit. She wore a peacock-colored choli, paired with knee-length lehenga which had slits at the side and matching pair of shorts to allow her legs the freedom to move. She wore a delicate matching maangtika with matching bangles adorning her wrists.

“Oh my god! Where did she get that outfit from!?” shrieked Sachi, while Saharsh recorded her reaction with his camera.

Yara’s melody began; it was instrumental, Indian classical music. Yara floated around the rink with utmost charm. Her outfit radiated beautifully against the white ice. She had combined age-old ice skating jumps and swirls with Indian Bharatanatyam moves. The stadium was silent and observed Yara’s elegance in every turn she took. She was moving towards the climax of her performance; as the music paced up, so did her moves. She moved swiftly through the ice, making shallow lines in it. Towards the end, she swayed, picked up her speed, lifted one foot in the air, jumped with her entire body in midair made two full turns and landed perfectly on one foot. She came to halt and then bowed down to the crowd. The judges stood up and started to clap, and it was long before Saharsh and Sachi realized the reason for everyone’s excitement. Throughout her dance, Yara had left marks on the ice not by chance but deliberately. The twisted and deformed lines joined together to form the words “Jai Hind”.

The entire stadium was cheering and whistling and Yara earned a standing ovation. At that moment, Saharsh felt a warm session in his heart; his eyes were filled with tears. Sachi hugged her husband, unable to utter a word; but she didn’t need to, for her eyes said everything she felt at that moment. The moment when Yara received the championship trophy and gold medal was forever engraved in their hearts. The parents of the super talented teenager beamed with pride as their daughter took a victory lap around the stadium. They clapped the most and cheered the loudest for Yara; they were her first fans and will remain her biggest.

When Yara met her parents after the ceremony, she returned the note they had left under her pillow, with a reply written on the back. “I was in Class 6 when my teacher asked all of us, what we wished to achieve in life. I had replied that I want to achieve the success of seeing my parents proud of the person I turn out to be. I want to make them happy. Have I achieved this today?” Saharsh and Sachi’s answer was evident in the way they embraced their daughter.

Yara also appeared for her board exams. She did not score a whooping grade but decent enough to pursue her further education in her choice of stream. She also continued to participate in various competitions along with her colleagues. With her genuine efforts and dedication, Yara made her parents proud every single time, irrespective of the outcome.

It indeed is true that with a little trust and support, one can go a long way. However, in this journey of achieving success, one must remain grounded and remember the main aim of life.