Of Men and Misery 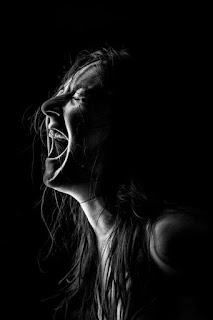 People. Faces. All around. Each with diverse stories. Varied backgrounds. Unique struggles. Blended minds. Yet... somehow.... all of them going through their own ups and downs.

Difficult to give a definition to the word 'happiness' more so ever to find it in this mortal world. They look at you awkwardly if you are amused in your life. Apparently, smiling for no reason is crazy and being in stress is the new normal.

The pain inflected, oh so steadily, reflects through the tired eyes. No time for workouts or self, the suffering spreads throughout the body and mind.

Men, working, but not getting anywhere. Traveling on a road that seems never to end. This is called a certain 'misfortune’, but a lack of hard work and imagination is totally acceptable. For only the fortunate get to tap on the so-called resources of “luck”

The wretchedness is a regular, uncalled visitor who may hide occasionally but refuses to leave. The excruciating agony is welcomed with open arms by many. The success of others is envied while their failure is frowned upon, amidst this war, the progression on the world is lost.

What men already have; they want more. The greed of money, designation, status is brainwashed into systems the moment you are born. Entrepreneur, CEO, and Head of so and so is an acceptable title no matter how much strain it brings along. Poets, painters, magicians, and mediocre artists are professions no longer sought.

Everything is a competition. Reciting your story without anyone saying, "I have had worse" is almost impossible. It works the same another way around, your accomplishments are not met with applause and cheers but with saying, “This has been done before”
Unsung songs, incomplete poems, unfinished stories, concrete jungles, faraway forests, melting ice caps, increased greediness, confusing definitions, unfair laws, worse quality of life, above all lack of love with respect for self as well as each other, and humanity in general.

The Earth is full of men & misery deep diving into the unknown territory of the technologically advanced, emotionally unavailable humanity.