Death Of A Thousand Dreams 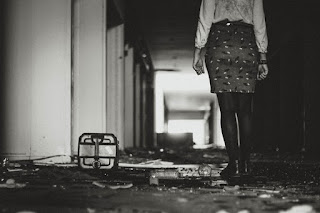 A message delivered loud and clear; implemented to near perfection. She carried on with her life in the most dignified way possible. Chasing new horizons, following the roads untraveled, reaching for the unseen stars, and daring to take action she would otherwise never even think about.

She had never been more unapologetically herself than this ever before. Someone with just the right kind of attitude with a tinge of craziness to spread the sparks of positivity and vibes to brighten the room. The contagious smile topped like a cherry on the cake with “now or never” mantra, most calculative measures and ultimately the master plans for winning at this thing everyone called "life"

Yet her story remained empty somewhere. The dead ends of the roads have been always too close to be ignored. The sparkling fireballs would burn down the house. The art of being "her" is chaos and turns a blind eye towards the sheer realities of life. The gut feelings replaced by mechanisms and algorithms. The madness of it all, slowly, consistently, gradually, creeping its way up to her heart.

Who was she? What was her reality? The one she is now, or the one she was able to mask? There is no going back and forth between the two as the depth of the valley in between is where she would meet her demons hidden amidst absolute darkness. She had taken a leap of faith to avoid falling down into the pitch-black pit and land between the rays of light. In this process, she lost what she sought the most.

Unspoken reminiscences, silent scream, insinuated scars, improbable recollections, and controversial conventions, but also, along with this, the euphoric bliss of it all. Everything that she eventually, after holding on for too long, 'let it go'

The sleepless nights spent in trying to wash away those memories with tears led to the death of a thousand dreams.
- November 06, 2019 No comments: