The Peshwa: War of The Deceivers | Book Review 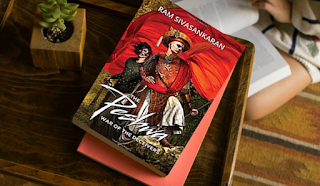 Seven years have passed since Peshwa Bajirao Bhat annihilated the Nizam’s armies at Fort Mandu. The two forces have been engaged in attacks and skirmishes ever since. Acting on the advice of his right-hand man, the mysterious Anaamik Dabhade, the Peshwa now sets about laying a trap to truly ensnare the Mughals, and break their might.
The Empire, of course, has methods of its own. And Nizam Ul Mulk is itching for an opportunity to exact revenge of the formidable Bajirao. With assassins, saboteurs and criminals infiltrating the Maratha lands, the Mughal Empire scores as many victories in the night as the Peshwa does during the day.
Meanwhile, in the far reaches of the country, set ablaze by the never-ending conflict between these major powers, a Sikh warlord, a Rajput king and a Bundela princess find themselves increasingly tangled up in the endgame that will determine the very course of history. It is a battle of wits and skill, and the greatest deceiver of them all will prevail.

If you have read the first installment of the series (The Peshwa: The Lion and the Stallion) then you already know this one is going to be just as great. If you haven’t, the world of history is waiting to capture. Never have I ever thought, history will keep me glued to a book, but in this case, it ensured I end up reading all night. The cover art catches the eye with its vibrant colors. The book blurb is honest and straight forward, it paints the exact picture of what you are in store for once you open the book. Politics, assassin, war, people with personality to make or break history is incorporated into the story very elegantly.

The characters are set in a diverse era, however, they are described so well along with the scenes which unfold, and you will clearly imagine yourself as a part of this book. The language is mixture of Hindi, English, Marathi, and Sanskrit at few places which is quite necessary for the plot of the book, taking into consideration the set up. The language and narrative still follow a simple flow and in easy to understand, although it loses it pace at a few areas, it can totally be ignored upon. I highly recommend reading both the Part I and Part II for the Peshwa series.
- February 06, 2019 No comments:

In Love with Simran | Book Review 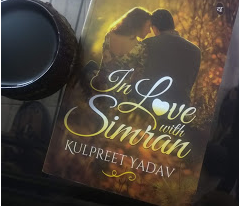 Sanjana’s best friend at college is murdered. She was in love with a business tycoon named Nik Sethi, and Sanjay is certain that he killed her. In an effort to find proof, she decides to get close to him.Good looking and rich, Nik falls in love with Sanjana instantly, but a month later, when he accidentally discovers her real agenda, he throws her out of his life. Determined to nail him, Sanjana’s desperation exceeds all limits when she realizes that she too, like her friend, has fallen in love with a killer. After she escapes an attack one night, Sanjana quits college and goes into hiding. Now her only ambition is to punish the killer and her only weapon is her body. In a last, desperate attempt, she uses herself as bait and pursues her best plan. There are only two options: she becomes a victim or she becomes a victor. Through the story of Sanjana and Nik, In Love with Simran explores the boundaries of the basic instincts of young; love, sex, trust, and survival.

The blurb suggests it is a mystery genre; however, the cover and title are more inclined towards romantic tale. The puzzle of killer is lost somewhere in transit and major focus in on the love story. The flow of story, narration, and language used are all very easy going. I would have personally preferred if the story plot stayed put at the thriller aspect. There were some parts of the story which did not connect well to the plot like the revelation of killer. To conclude, it is a onetime read which will grab your attention. The character developments could clearly be distinguished.