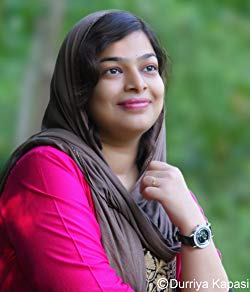 Neverfound Land is Durriya Kapasi’s second novel (Sequel to her first novel, Once Upon A Genie) She is an author with diverse perception for divinity and mystifying secrets of the world which is very clearly observed in her first book and now The Neverfound Land. Durriya Kapasi was born and raised in East African Country of Tanzania, although her roots belong to India. Durriya is currently settled in Udaipur, India. Starting her writing career from an online community Wattpad.com, Durriya has authored three books online before getting her first hardcopy published in 2017. Once Upon A Genie, is admired and praised by large number of readers. She has been featured in many national and international newspapers along with other media. Durriya Kapasi is a creative writing teacher, motivational speaker, and a senior Wattpad Ambassador. She regularly contributes her skills for several social organizations.

For more visit: www.Durriyakapasi.com. Order your copy of Once Upon A Genie and Neverfound Land 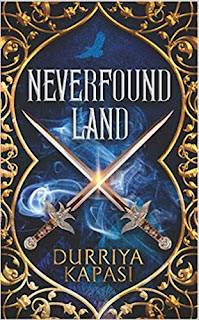 Story Gist:
Solomon is half-human and half-genie. It takes 20 long years before Solomon realizes his powers and the secrets which were kept hidden from him. As he explores, his routine life takes a turn towards adventures. However, Solomon’s biological father’s land needs his help. Will Solomon lend a helping hand to the genie’s of Neverfound Land? Moreover, will they accept Solomon as one of their own? This story is about a young man who is learning to embrace his destiny.


I was left mesmerized by the cover itself. It clearly depicts the magical land that Durriya Kapasi intends on creating for pages to come. This book is a sequel to author’s first book, “Once Upon A Genie” and is equally good! The language is easy flowing and narrations are seamless. The character build is strong, you can see Solomon transform through the pages of the book. The concept of the book is unique and makes a good read. The scenes created are brilliantly written and will literally paint the picture of this new world and the entire plot as you continue to read. It is definitely a book for your shelf, especially if you already own the copy for the first one! Happy reading!